Taran Tactical Innovations™ 2011 Combat Master is the culmination of the ultimate competition pistol platform combined with master levels of tuning to create a handgun like no other. Wielded by John Wick himself, this is the pistol featured in the 2019 film John Wick 3: Parabellum. Based on an STI International™ 2011 Pistol, the TTI 2011 Combat Master is expertly crafted with slide lightening cuts to improve the cyclic speed and reduce perceived recoil.

The Island barrel version with a large milled rib on top, and a corresponding area milled out of the slide. This rib contains the front sight.
Since the front sight doesn’t move, it’s easier to track through recoil.It also means there’s less slide mass,
which means less reciprocating weight, which reduces felt recoil.

The slide has also been “tri-topped”, which means it has a trapezoidal top cross section instead of the usual round one
.This reduces weight and looks good. There are also aggressive looking front and rear slide cocking serrations,
plus some slide windows to show off the barrel finish, reduce weight, and looks cool. 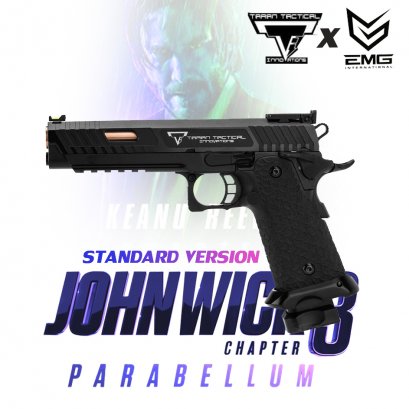 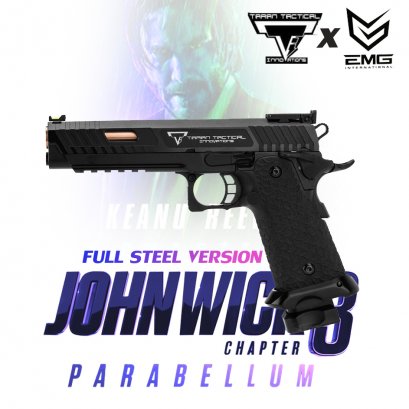